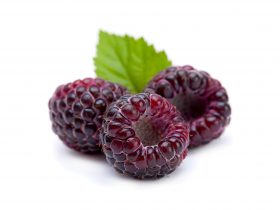 BLACK RASPBERRY VS BLACKBERRY-ARE THEY THE SAME?

Honeycomb is edible alone or atop salads, English muffins, pancakes, and other recipes through which you can benefit from its antioxidants, long-chain fatty acids, and alcohols, reducing your risk of infections, lowering your blood sugar levels, improving your liver and heart health, and boosting your immunity. However, the combs may be contaminated with C. botulinum bacteria, making it less appropriate for pregnant women and children below one year.

Honey is an ideal sweetener touted as healthy, especially when consumed in moderation. You can also enjoy honey by eating its honeycomb comprising hexagonal cells made up of beeswax and raw honey. It has antioxidants, polyphenols, alcohols, and long-chain fatty acids that studies have shown to be effective at fighting infections, lowering blood sugar and cholesterol levels, reducing the risk of diabetes, protecting the liver and heart, and boosting immunity. There are several ways of enjoying the honeycomb, including eating it alone, using it as a spread on pancakes or English muffins, or adding it atop a salad. Although the comb is generally safe for eating, it packs sugar and calories like real honey and may spike blood sugar and insulin levels when consumed in excess amounts. Besides, excessive consumption of honeycomb may lead to stomach obstructions. As if that’s enough, honeycomb is sugary and may contain the C. botulinum bacteria, making it inappropriate for pregnant women and children below one year.

Honeycomb has many health benefits, most of which are attributed to raw honey. Besides, honeycomb is in its pristine form because it does not undergo pasteurization. From supplying the body with nutrients to boosting your immunity, honeycomb got you covered. Here are details about the health benefits of eating honeycomb.

Antioxidants are compounds that neutralize the dangerous free radicals by donating the missing electron to make the molecules stable. If left unattended, free radicals accumulate, result in oxidative stress, and increase one’s risk for chronic conditions, including heart disease, diabetes type 2, cancer, etc. Like raw honey, honeycomb has antioxidants, primarily polyphenols, and loads them to the body when you eat it. As such, it helps boost the body’s ability to fight inflammation and free radicals.

Apart from antioxidants, honeycomb is also rich in nutrients and loads them to the body as you eat it. A total of 95%-99% of honeycomb’s total weight is a mixture of water and sugar, and the rest is nutrients. For instance, the comb has modest amounts of vitamins, proteins, fats, and carbs and loads them to the body when you eat it. Still, remember that more than three-quarters of honey is sugar; hence it needs to be consumed in moderation to avoid sugar spikes.

If you thought of honeycomb as just a sweet way of exploring honey’s health benefits differently, you definitely forgot something. Honeycomb protects the heart, primarily because of its antioxidant composition. The polyphenols lower the risk of free radical accumulation, inflammation, and the damaging oxidative stress that impairs cell and organ function. What’s more, beeswax, the primary component of honeycomb, is rich in alcohols and long-chain fatty acids that lower LDL and increase HDL cholesterols, further adding to the heart’s health.

Like raw honey, honeycomb has antimicrobial, antibacterial, and antifungal properties, making it effectively fight infection. For instance, one study established that honeycomb prevented the proliferation of E. coli, Staphylococcus aureus, Candida albicans, and Salmonella enterica microorganisms. As such, eating honeycomb can promote gut and intestinal health. However, further studies are needed to establish the efficacy of honeycomb in preventing microbial growth.

Eating honeycomb may also add to your liver’s health. One study investigated the effect of honeycomb or a placebo on the signs and symptoms of liver problems in liver patients. The specific symptoms included abdominal pain, nausea, and bloating. In the end, the honeycomb group recorded better improvements of the symptoms than the placebo group.

The polyphenol antioxidants in raw honey make the sweetener ideal for boosting immunity. Besides, raw honey has antioxidant, anti-inflammatory, antimicrobial, antibacterial, and antifungal properties, all of which add to its immune-boosting ability. Honeycomb also has polyphenols, only that they are found in small concentrations. Furthermore, the comb also has the mentioned properties found in raw honey. As such, studies suggest that it can be used to boost immunity.

Honeycomb makes a good sweetener alternative to table sugar, even for diabetics. In fact, many diabetic patients eat English muffins and pancakes prepared using honeycomb as a sweetener. This is because, like honey, honeycomb does not raise blood sugar levels as fast as sugar does, partly due to the antioxidant concentration in the honeycomb.

After reading about the benefits of the honeycomb above, you may wonder how to incorporate it into your diet. Many people eat the honeycomb raw, and that’s the most real way of enjoying it. You can also use it as spreading on pancakes or English muffins, or do a crystalized piece with a fruit, atop a salad, or with aged cheese. Whichever method you choose, rest assured to explore the health benefits. What’s more, honeycomb is readily available online for you to order, but you can also identify a local store or market from which you can buy the combs. Always choose the darker combs since darker honey has more antioxidants and health benefits.

Are there any dangers of eating honeycomb?

Generally, honeycomb is healthy and safe for eating, but only in moderation. No cases of serious health complications have been identified with eating honeycomb, but you must remember that honeycomb has sugar and may contain C. botulinum bacteria. As such, it should not be given to children below one year. Besides, the same bacteria make honeycomb less ideal for pregnant women who should take it in moderation should they have to. Last but not least, remember that the main component of the honeycomb (95%-99) is a mixture of sugar and water and will raise blood sugar levels. Of course, it does not cause fast insulin and sugar spikes as does table sugar, but it eventually raises the levels, calling for taking it in moderation.

Honeycomb is the hexagonal-cell-structured substance honey bees use to nurture larvae or store honey or pollen. It is made up of sugar and water and packs antioxidants and trace amounts of fats and proteins. It can be enjoyed alone or alongside other recipes to explore its benefits, including lowering blood sugar and cholesterol levels, promoting heart and liver health, boosting immunity, and fighting infections. Still, it has associated dangers, including raising blood sugar and cholesterol levels when taken in excess, causing stomach obstructions, or being unfit for children below one year and pregnant women as it may contain C. botulinum bacteria.

Ksenia Sobchak
View More Posts
Ksenia Sobchak, BA (Hons) Fashion Communication: Fashion Journalism, Central Saint Martins Ksenia Sobchak enjoys blogging on fashion, style, lifestyle, love and CBD areas. Prior to becoming a blogger, Ksenia worked for a renowned fashion brand. Ksenia is a contributing author to leading fashion, lifestyle and CBD magazines and blogs. You can bump into Ksenia at her favourite cafe in South Kensington where she has written most blogs. Ksenia is a staunch advocate of CBD and its benefits to people. Ksenia is also on the panel of CBD reviewers at CBD Life Mag and Chill Hempire. Her favourite form of CBD are CBD gummies and CBD tinctures. Ksenia is a regular contributor at leading fashion, lifestyle as well as CBD magazines and blogs. 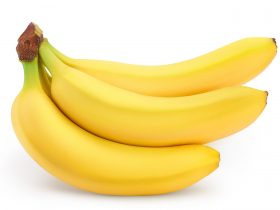 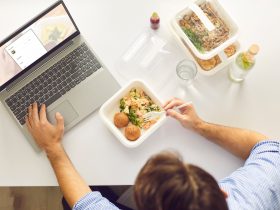 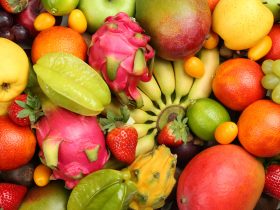