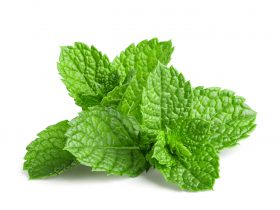 The human depends on several nutrients to function well. In many cases, most people don’t have enough of these nutrients leading to deficiencies. Unfortunately, people don’t realize that they have these deficiencies, until they are diagnosed.

There are two type of nutrients – macro and micro-nutrients. Macro nutrients are those that your body require in large amounts while micro nutrients are needed only in small quantities. Regardless of the type of the nutrient at hand, your body can still run out of it and ultimately compromise your health. It is true that you can get most of these nutrients from a balanced diet. However, most of the Western diets are low in these nutrients that are essential for good health. This article discusses the common nutrient deficiencies and how to correct each.

Iron is one of the most important nutrients in the body. It is an essential part of the red blood cells where it compliments hemoglobin in the transportation of oxygen to cells. Dietary iron exists in two forms, that is, heme iron and non-heme iron. Heme iron is abundantly found in red meat and other animal foods and is highly absorbed in the body. Non-heme iron on the other hand, has low absorption and is found in either plant or animal foods.

Many people suffer from iron deficiency. In fact, one report by the World Health Organization indicates that it affects over 25 percent of people around the world. In preschool children, the number is even higher clocking to 47 percent. Up to 30 percent of menstruating women, and around 42 percent of young, pregnant women may be in lack of iron. Additionally, vegetarians and vegans are more likely to develop iron deficiency as they consume only non-heme iron, which has poor absorption.

When it is not corrected, iron deficiency may complicate to anemia, a disease characterized by reduced number of red blood cells. General body malaise, low immunity, and impaired cognition are just a few of the symptoms of anemia. You can source heme iron from red meat, organ meat, canned sardines, and shellfish. Each contain 30% of the reference daily value (RDV) for iron, 50%, 50%, and 34% respectively. Beans, sesame seeds, pumpkin seeds, and dark leafy greens like kales are some of the best sources of non-heme iron.

Iodine deficiency is another common nutrient deficiency. It is among the essential minerals and is typically needed for the production of thyroid hormones and proper functioning of the thyroid gland. Hormones produced by the thyroid gland are needed for normal growth, development of brain, and other bodily processes. They are also involved in the regulation of metabolic rate. It is estimated that iodine deficiency affects up to a third of total world’s population making it the most common nutrient deficiency. A deficiency in this nutrient usually presents with an enlarged thyroid gland, what many refer to as goiter. Other symptoms, include increased weight, shortness of breath, and increased heart rate. To correct or keep this deficiency at bay, one needs to eat the following foods: seaweed which packs up to 1000% of the RDV for iodine in only one gram, baked cod provides 66% of the RDV, plain yogurt which provides 50% of the RDV, and eggs which contains 16% of the RDV.

Vitamin D is a commonly known nutrient and is one of the fat-soluble vitamins. It takes the function of steroid hormone in your body. The production of this vitamin is dependent on exposure to sun. Cholesterols in your skin are triggered to produce vitamin D when you are exposed to sunlight. This means that people who are always indoors or live far from the equator are likely to develop vitamin D deficiency. While it is a common nutrient deficiency, vitamin D deficiency is not easy to detect as its symptoms are silent. Usually, people with vitamin D deficiency present with bone loss, muscle weakness, and easy fractures. It has even been associated with low immunity and increased risk of cancer. Good sources of vitamin D, include cod liver oil which packs 227 percent of the RDV, fatty fishes like trout, sardines, and mackerel, and egg yolks. People who have already developed the deficiency may want to expose themselves to sunlight or take supplements.

Calcium is one of the most important minerals in your body and is needed by every cell for proper functioning. It is needed for bone and teeth strengthening, as well as bone maintenance. Additionally, this mineral is needed for transmission of signals. Excess calcium is stored in the bones, which in case of reduced intake, it is released. Soft bones in children (rickets) or porous bones in adults (osteoporosis) are the main symptoms of calcium deficiency. Calcium can be obtained from boned fish, dairy products, and dark green vegetables.

For proper functioning of the body, all nutrients are needed in the right amounts. Reduced intake of essential nutrients can easily lead to nutritional deficiencies. Common nutrient deficiencies include iron, iodine, calcium, and vitamin B12 deficiencies. They can be prevented by eating fish, organ meat, or red meat among other dietary sources.

Crystal Kadir
View More Posts
MS, Durham University GP The work of a family doctor includes a wide range of clinical diversity, which requires extensive knowledge and erudition from a specialist. However, I believe that the most important thing for a family doctor is to be human because the cooperation and understanding between the doctor and the patient are crucial in ensuring successful health care. On my days off, I love being in nature. Since childhood, I have been passionate about playing chess and tennis. Whenever I have time off, I enjoy traveling around the world. 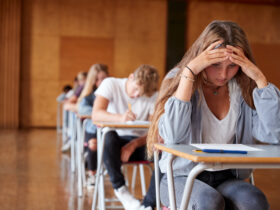 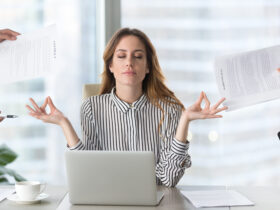 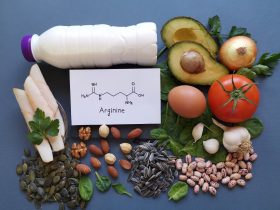 HEALTH BENEFITS AND USES OF L-ARGININE