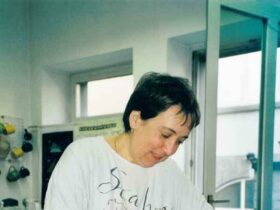 House of Textile Arts e. K. is a family business run by wife and husband , located in a small town in Germany.

Type of Business: Frii Wilii, LLC is currently a men’s clothing, e-commerce store with a vision to expand to women’s clothing as well. Frii Wilii is an exciting start-up company selling golf and T-Shirts as well as its flagship men’s boxer briefs.

Frii Wilii was an idea which came to fruition based on a hospital visit made by Michael Maynard. While visiting an old friend in a hospital, Michael was asked to turn around by a nurse as she quickly adjusted his friend’s catheter. His friend complained of his discomfort and how all of his counterparts were on display. At that moment, Michael thought why not make an undergarment with a hole for the catheter so that only the penis would be exposed. Michael looked up to this friend most of his life reduced to a pincushion, and one of those being placed in his penis further reducing the pride and joy of every man in the world. Michael wondered why after so many years this problem had never been solved.

As Michael worked with an overseas manufacturer, he developed the garment through his own research and development, which meant he had to wear the undergarment in order to make the utility patent perfect. Wearing the underwear garment felt amazing, and the undergarment increased his confidence by not being smashed as traditional boxer briefs offered. At that point, Michael knew he would create a new brand with a flagship boxer brief named Frii Wilii for everyday wearers. Instead of embarking on the hospital undergarment, he created “The Commando Brief” for all guys to enjoy. The hospital undergarment is resting as an offshoot to the retail e-commerce business until funding is appropriated.

Although men’s underwear has always been a necessity, men have enthusiastically ventured from their grandfather’s style of underwear. The demand for underwear to perform and meet the needs of men has steadily increased in very recent years. Underwear has a high profit margin, and so sales of men’s underwear has proven to be highly beneficial to brands. Men have shown to be enthused and loyal to brands having brand personality, Frii Wilii offers such brand personality: excitement, sincerity, ruggedness, and competence.

The men’s underwear market has significantly grown over the years, and its market size is expected to rise in the coming years. Two recent studies show how profitable the men’s underwear industry has become, and how boxer briefs are the top choice in men’s underwear. Industry Research released a market analysis on the global men’s underwear market for 2020 with their estimated compound annual growth rate in the coming years, “In 2020, the global Men’s Underwear market size was US$ 11550 million and it is expected to reach US$ 19910 million by the end of 2027, with a CAGR of 8.2% during 2021-2027.” Grandview Research spoke of which men’s underwear type was the top seller, “Boxer briefs held the largest market share of around 33.0% in 2018, owing to the factors such as better fit, support, and comfort offered by products […]. The growth was driven primarily by boxer briefs and boxer silhouettes, with boxer briefs grabbing 64% of the dollar share in Fall 2020 […]. A number of recent, research studies on men’s underwear have been released illustrating the significance of the industry. Frii Wilii boxer briefs can gain a foothold in this lucrative market.

Frii Wilii, LLC recognizes the importance of marketing. And to that end, we plan to promote our retail business with an ambitious, targeted marketing campaign, which will include a grand opening event, local media coverage, print advertising, direct-mail campaign, and we will partner with local organizations such as the Chamber of Commerce as needed.

Frii Wilii is an advancing men’s boxer brief that which allows men the ability to virtually “go commando” having counterpart/scrotum support. Frii Wilii makes you feel confident and provides a unique feel for the male anatomy.

What makes the crotch design so different?
Frii Wilii has an iris that which allows the male member (Wilii) to be Frii from confinement. The iris is a circular, cornice-shaped sewn-in material providing comfort for the male anatomy as you Frii your Wilii.

What covers the male anatomy when the male member is Frii?
Frii Wilii has a veil, which covers your Wilii. The veil is sewn on each side of the crotch as it covers your male member (Wilii).

Wilii is Frii, but what about the counterparts?
Wilii’s counterparts pleasantly tuck in the frontal crotch portion. No more saggy, Wilii counterparts as found in other boxer briefs that do not retain shape. The Frii Wilii design offers comfort while exploiting your natural anatomy.

About Us | Our Vision to Philanthropy

We’ve learned to live with a purpose rooted in helping folks who desperately need relief from their perpetual or intermittent problems, such as families having no food or water. We’re driven to improve the general welfare of others in need.

Frii Wilii (FW) goes beyond retail sales. By way of FW, funds are generated to fulfill desperate needs. Our patented boxer briefs are exciting; though, the Frii Wilii Foundation is most important serving folks in the U.S. and abroad.

FW commits 10% of all profits to the Frii Wilii Foundation. By purchasing Frii Wilii, you are helping those in desperate need.

These things are a huge upgrade from cheap boxer briefs, heck even Designer briefs! They offer Incredible support and they Just feel amazing! You don’t know until you know! I plan on Rocking these things Everyday of the week. Thank you Frii Wilii 🙂

Today I went Frii Wilii! Absolutely an amazing feeling, like you’re not wearing any underwear at all.

My order was shipped fast and you even get a few gifts with your order…what a surprise.

I highly recommend these for men that want to eliminate binding or sticking you get with traditional underwear.

Women, do your man a favor and get him a few pair…he will love them.

Game changing! More comfortable and versatile than I thought- great support and love the “Frii” element….the wife liked the presentation of the packaging as well. The name and logo are marketing genius, buying more for sure. Out with the old technology briefs, these will be all I wear!

Good material and a nice fit!

Frii Wilii started with a vision to secure and protect its unique name, and to patent the utility crotch in its men’s boxer briefs. While waiting on his USPTO patent submission (1st submission was December 4th 2017 – which USPTO granted only 1 year to develop), Michael Maynard started working on the design (designed in the USA). He worked on the crotch design by meticulously cutting fabrics at his kitchen table for hours on end as he liquid stitched the fabric together in order to send samples to India for production samples.

After 8 shipments, the final product was born! Michael purchased a PO from the India manufacturer of only 1000 underwear as he started to build his e-commerce storefront. Michael found another manufacturer in Vietnam, earned trust within a mutual friend, and soon hired her as a Frii Wilii clothing agent who performed all shipping and handling, QA, and negotiations with the new Frii Wilii Manufacturer.

It wasn’t long before Michael was ready to launch his new online store. Working with his new agent in Vietnam, Michael grew his inventory with many different SKUs ranging from T-Shirts, Golf shirts, and three generations of Frii Wilii boxer briefs—along with Frii Wilii swag!

October 2020 Michael launched his online store with very little advertising other than Facebook friends aware and ready to order. Throughout the pandemic, Frii Wilii sales have been quite good considering little advertising expenditures. Today, Michael has written a sound business plan, and he is looking for a serious investor who may consider acquiring a good portion of the business for capital in order to make the Frii Wilii brand competent with other well-known brands such as UA, NIKE, PUMA, and ADIDAS. 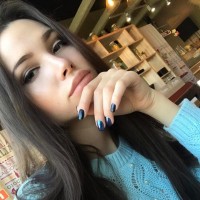 Ksenia Sobchak
View More Posts
Ksenia Sobchak, BA (Hons) Fashion Communication: Fashion Journalism, Central Saint Martins Ksenia Sobchak enjoys blogging on fashion, style, lifestyle, love and CBD areas. Prior to becoming a blogger, Ksenia worked for a renowned fashion brand. Ksenia is a contributing author to leading fashion, lifestyle and CBD magazines and blogs. You can bump into Ksenia at her favourite cafe in South Kensington where she has written most blogs. Ksenia is a staunch advocate of CBD and its benefits to people. Ksenia is also on the panel of CBD reviewers at CBD Life Mag and Chill Hempire. Her favourite form of CBD are CBD gummies and CBD tinctures. Ksenia is a regular contributor at leading fashion, lifestyle as well as CBD magazines and blogs. 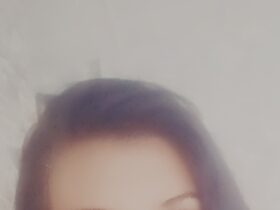 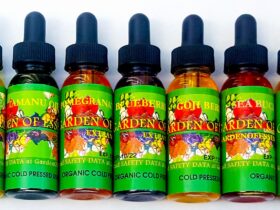 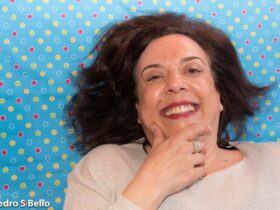 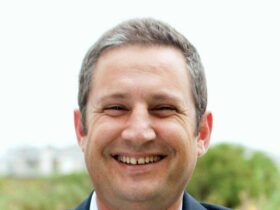