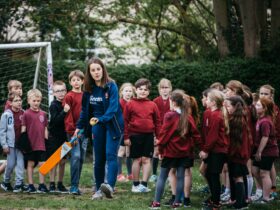 Coach Core is an employment and education charity

Italian Influencer and Blogger, Voile #MBM (Andrea, his real name) started writing on his blog in 2017 and shortly after he opened his Instagram account @voile_mbm, which now has more than 100.000 followers. She started a bit by chance, in a particular period of her life, a suffocating relationship and writing, taking pictures of her helped her to get out of that bad period. On her social networks she shares her experiences and her fashion tips.

My name is Andrea, I live in Rome and I have been managing Voile #MBM since 2017, but I started writing online since 2014. My activity as a Content Creator started a little by chance, in a particular period of my life. A sick relationship, a boyfriend so possessive that he managed to destroy me psychologically. I found relief and relief in writing, so initially it was a simple pastime, until after 3 years of writing for various magazines as a freelance, in 2017 I decided to open my Blog Voile #MBM. This choice has helped me a lot, usually when you think about the world of the internet it is almost always talked about badly, in my case I was lucky, opening my Blog I already achieved some success in that unhealthy period of my life, at the moment. shortly after I opened my Instagram account @voile_mbm I was able to reach more and more people, to date there are 103.000 followers, and somehow their love, albeit virtual, has allowed me to rediscover the self-esteem that my ex had in me removed, as a result I was able to get out of that bad relationship and to appreciate myself more and more day after day. Perhaps for this very reason I am a somewhat unusual influencer, I have always tried to create a relationship of “friendship” with the people who follow me, I do not want my followers to follow what I say to the letter, rather I love them because c ‘is a dialogue between us. There is more of a human relationship between us, like “Look, I bought this and I love it! What is your opinion?” and it is precisely on this that I have built my community, people who have their own opinion without envy, like a giant group of friends.

I have always loved writing, since I was a child, so much so that I had a small notebook where every evening I wrote a chapter of a story invented by me, in short, the other girls had a secret diary, and I, on the other hand, loved to create real fairy tales. I have always been a creative person and not only in writing, perhaps also because being an only child I often found myself having to invent games and pastimes that I could do alone, even though I was and am so stubborn that I was also able to involve my whole family . If I think today of what I managed to achieve and create, it makes me smile to think that even as a child one of my favorite games had fashion as its protagonist. I had invented a game called “Parade”, this points out my penchant for clothes, I remember that with pieces of my grandmother’s fabric or old clothes I tried to match them and in a somewhat rudimentary way create new ones, and then “Parade” proud of my “creations” in the living room in front of relatives and family.

Initially I undertook some studies that had absolutely nothing to do with either fashion or photography. At 16, however, I realized what my true passion was and I attended a graphics school, where I learned photography and retouching techniques that have always been super useful for my work on Instagram.

Initially, however, I preferred to take travel photos, in Italy and abroad, of the landscapes I encountered rather than of myself. There was a period when I just couldn’t accept myself in the photo, perhaps because of insecurity, however, with time and growing up I also learned to acquire more self-esteem about aesthetics and above all to love myself, even with all my fantastic flaws!

For me the photos are real pieces of memories! Every time I take a trip or on any occasion I shoot billions, simply because just looking at them after months or years I remember the exact moment they were taken, what happened before and after and also my mood at that time. , so creating my Instagram profile voile_mbm, which currently has more than 100.000 followers, was almost natural.

My passion for the world of fashion is a little different from what one usually expects, let me explain better, since I was a child I have never liked following trends. If something everyone liked it automatically almost disgusted me, I always went a little against the tide, I always followed my tastes and not the trends that were imposed on me, not because I wanted to be a rebel, but because for me the word fashion means freedom to express yourself. Depending on the style you want to wear that day or the colors you choose, we are able with fashion to express our emotions or our mood. So, here, for me fashion is not so much the new trend of the moment, but a means to be able to freely express how I feel.

Up to now I can say that I have achieved great goals, being able to attend some of the fashion shows in the fashion week, participate in some events for companies or simply be able to make myself known even outside Italy, are goals that I never imagined I could. achieve when I started six years ago. If they had told me in advance every little victory achieved in the world of social media and fashion, I would probably have laughed at them and would not have believed it, indeed, even today it sometimes does not seem true to me! Obviously in my list there are millions of other goals and projects that I want to achieve, many little dreams in the drawer that I hope to be able to realize and that from time to time I spoil on my Instagram account! My real success in social media began in the year in which I managed to document a large part of Milan Fashion Week, writing every detail with photos on my Blog, and with stories on Instagram, in fact in that year many newspapers, not only Italian, but also international, have reposted my articles and photos on their magazines. This allowed me to make myself known to a wider audience and to trigger curiosity in people, who then became fond of me also thanks to my irony and simplicity, as I have already said I believe that people see in me not so much the guru of fashion, but their super-expert friend in clothes who knows how to advise and inspire them at all times with the right outfit.

Everyone aspires to do a job they love and I, step by step, am achieving my goals, even if I have encountered difficulties, or moments in which I felt disheartened. Unfortunately, when you want to take up a job in the world of social media, you don’t always have the support of everyone, especially because the influencer or blogger, in Italy, is not yet seen as a real job. People very often tend to belittle what is done, they imagine that it is enough to write a few lines at random on a blog or take two photos to post on Instagram and that’s it, instead there is a lot of work behind it. Sometimes it takes many hours to find the right photo shoot and even writing an article, it’s not as simple as you think, plus I’m a perfectionist person, this means that whatever I do I expect perfection from me. Obviously, with this I don’t want to compare Content Creators to those who carry out a tiring job, before starting I myself worked in areas that have absolutely nothing to do with social media, I simply think it is not right to judge or belittle projects and commitment of others.

One thing you must always be careful about and pay attention to is the scams that run on social media, I will receive at least fifty emails and messages in dm a day from fake companies that try to scam, so an advice I give to those who enter this world today for the first time is to always verify the seriousness of the company. And speaking of scams, I want to tell an absurd episode that happened to me almost a year ago, suddenly one or more people decided to clone my profile and pretending to be me, they wrote to my followers in DM not with good intentions , luckily my community is super united, so they immediately warned me and through stories and direct on Instagram I tried to warn all the people who follow me as much as possible to protect them from these scammers. Even Instagram was immediately ready, after the reports, to have the fake profiles deleted and fortunately they were not able to scam anyone! 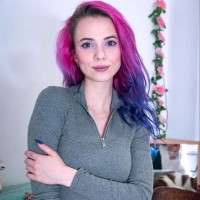 Tatyana Dyachenko
View More Posts
For the past years, Tatyana has worked as a sex blogger and a relationship advisor. She has been featured in magazines such as Cosmopolitan, Teen Vogue. Vice, Tatler, Vanity Fair, and many others. Since 2016, Tatyana has focused on sexology, attended various training courses, participated in international conferences and congresses. “I wish people would address sexual issues in a timely manner! Forget shyness, prejudice and feel free to see a sex doctor for help or advice!” Tanya enjoys pursuing her flare for creativity through modelling, graffiti art, astronomy, and technology. 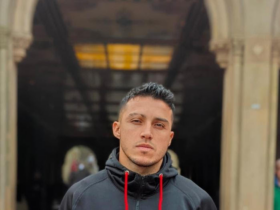 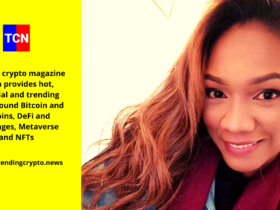 How Trendingcryptonews turned to be the best crypto magazine for beginners in 2022? 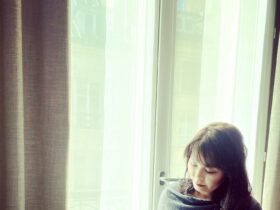